By Brandi Kennedy - May 20, 2013
Today I'm reviewing 'Shattered Illusions', a book that caught my attention right from the get-go because the blurb sort of gave me the feel/expectation of a psychological thriller. I knew from the beginning that I'd love this book - but let me tell you a bit more about the book in general first. Blurb, anyone??

About The Book:
When Sam, a proprietor of a local cafe is shot dead on the street, four strangers become the unwitting witnesses to a seemingly accidental crime. As the investigation progresses, this quartet of accidental onlookers find themselves not only haunted by the homicide, but pursued by their own pasts.

The deeper into the death they plunge, each is forced to face to face that the loss of Sam is far from their most devastating. Inner anguish reaches a climax point for Ella, Marco, Sarah and Danny as the answers they want continue to elude them, and the evidence they want to escape refuses to retreat.​​​

Interesting, right? Makes you curious? It certainly made me curious, so when I was invited to participate in the tour, I knew right away that I'd be reviewing this one. It kept me company between visits with my mom, it kept me busy when I wasn't writing, & it kept me up late more than a few times too!

My Review of the Book:
This is one of the more unusual books that I've read in that it jumps, sometimes a bit abruptly, from one character to another in perspective. However, it was still easy enough to keep track of and the individual stories of the characters were well-planned, well-thought, and well-written. From the very beginning, I was impressed with Leigh Hershkovich, from her easy style to her conversational speech, right down to the way she respectfully writes "G-d" instead of "God," staying true to her own beliefs and not letting her own values down in her writing. I respect that level of self-respect in a great way - not to mention, the writing itself is top notch. Other than the few expected errors which generally cannot be escaped, this book shows off the talent of the author spectacularly.

This story begins with the murder of a man, following bits and pieces of the police investigation of the death as the story unfolds. Throughout the book, we meet and get to know four witnesses to the murder. We learn to relate to them, even if they are vastly different than we are. We learn to feel for them - all of them.

We do learn who is the murderer. We watch the witnesses together figure out who the murderer is, and in the end we watch them stand up and seek justice, but not in the way you might expect.

This book is full of twists and turns, unexpected little things, and the simple emotion of four very different people thrown unexpectedly together in a crisis. It is an undeniably amazing read, one which I have already recommended to several friends.

Ms. Hershkovich? You should be very proud of yourself. You've done an amazing job! 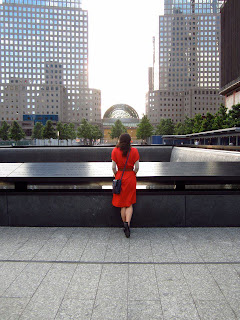 About The Author:
Leigh Hershkovich’s writing career began almost at infancy. Born and raised in The City by the Bay, Leigh was never seen without a pen and paper by her side, and was never without a story to share. With her vivid imagination and sharp writing tactics, she has taken the world by storm twice over. Now, with her debut novel Shattered Illusions, readers will get a first time glimpse into her first full fiction attempt.

An avid reader, accomplished pianist, passionate scholar of language and the arts, Leigh currently resides in New York with her imagination.

And as if that wasn't cool enough, there's a giveaway!
a Rafflecopter giveaway
Book Reviews