By Unknown - July 24, 2013
Before we dive into the last part of this series, you might want to take a few minutes to check out Twenty Questions, Part I and Twenty Questions, Part II. You'll see where I got the idea for this series as well as my answers to earlier questions. Reading previous posts isn't necessary (of course), but it will give you a more solid feel for why I chose to answer these - and I hope my answers will inspire you to think about your own. That being said, let's get to the rest of the questions: 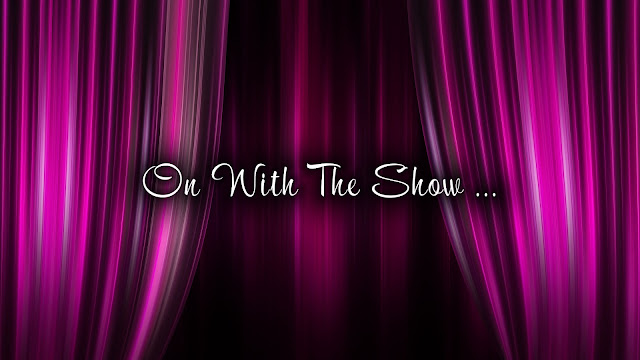 Be aware that we're apparently starting the day with an immature little giggle.

13. Am I the only one struggling not to {fart} during {yoga}?
Hehehe ... okay I'm done now. This is another of those bracket questions where we can replace what's in the brackets with whatever we choose to substitute, and then contemplate whatever uncomfortable scenario we come up with.

And neither are you.

14. What do I love to practice?
This one's pretty easy ... the main thing I spend time practicing - other than washing dishes and re-making ponytails for the girls - is writing. My picprompts (short stories using only a photograph as inspiration) are one of my favorite practices too, although it can be surprisingly difficult to come up with a unique story that's just the right length for a blog post almost every week. Sometimes I take it easy on myself and write poetry instead, because it's shorter and sometimes comes more naturally to me - but that's still a practice too because it's an entirely different type of writing. My newsletter is practice; a few short articles written by myself, sometimes using personal thought/experience and other times using a prompt I find online or from a friend or reader. There's even a suggestion box in the newsletter where people can write to me and suggest newsletter topics. So between the picprompts, the newsletter, this blog, and my novels, I think it's obvious to anyone who knows anything about me how much I love to "practice" writing.

You know, kinda similar to how doctors "practice" medicine.

15. Where could I work less and achieve more?
For me, this is about being more productive and less scattered. I tend to be a somewhat flighty person, and so that's how my writing work schedule looks too. Some days, I write thousands of words on my current project, other days I spend almost exclusively blogging and setting up future posts. Some days I work only on newsletter articles, sometimes I put my focus toward preparing guest posts for other blogs, etc.

Other days, I look at my computer, sigh, and decide to ignore it for a day or a week or whatever time it takes for my muse to be rested and my creative juices to come back. Being a person who works hard to stay productive, I do often experience different levels of burnout and exhaustion - and in those times, the only thing that eases it is to rest.

That being said, I have noticed that on days when I can set myself a schedule and actually hold myself to following it, I really am much more productive ... if only I could consistently follow a schedule, which would be nice because: 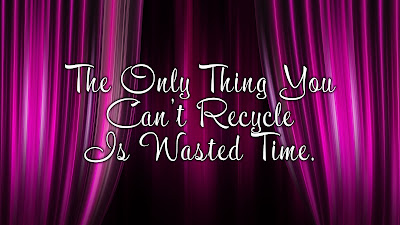 16. How can I keep myself absolutely safe?
I think the most truly honest answer to this is that we can't ever be completely, absolutely safe. And the thing is, who would want to be, because inn protecting yourself too completely from pain and risk, you also effectively block yourself from any shot at success and victory. It was true what Dory said to Marlin in Finding Nemo: "Well, you can't never let anything happen to him. Then nothing would ever happen to him."

It's true for you, too - if you never take a risk, you'll never accomplish the success you have the potential for.

17. Where should I break the rules?
I think this really depends on the rule, the people, and the situation. I am by nature a rule-follower and I'm not generally one to rock the boat. But even with that being as true as it is, if I happen to be driving a car with someone in it that's dying, you can bet that I'm going to be speeding - and I probably wouldn't stop until I got where I was going even if someone tried to pull me over.

Still, the rules of our society are in place to keep us mostly safe - from each other, from those who are not inherently kind and considerate people, from the thugs and thieves and murderers. And yet ... no one can deny that there are times when the situation calls for some rule-breaking and there are definitely times when the end justifies the means.

18. So say I lived in that fabulous house in Tuscany, with untold wealth, a gorgeous, adoring mate, and a full staff of servants ... then what?
Hmm. Then I'd celebrate finally having gotten there. Every day for the rest of my life. But I'd also invest like you couldn't believe, so that I'd know my children and grandchildren and great-grandchildren (and so on) would never know the poverty that I grew up in. I'd have a dozen cars because I've had so many times in my life that we literally had no car, or our only car was broken down, and I'd like to know that could never happen again. I'd take other measures too ... but mainly, I'd celebrate, knowing that I worked hard to get there and could finally pay it forward by helping others.

19. Are my thoughts hurting or healing?
This is a loaded question for any of us, isn't it? So often, we can sink so far into resentment or anger that we start to lash out in uncontrollable ways. Too often, we're lashing out at people who never even did anything to deserve our wrath to begin with - we're doing it simply because we've become so angry that it's bubbling out everywhere.

Our thoughts - even the ones we don't yet recognize - have an immense power over who we become and how we behave on a regular basis, so it's important for us to live each day mindfully, attending to our emotions in healthy ways. For me, when I'm angry or feeling something that I know could become hurtful to others if I don't express it, I actually go ahead and allow myself to unleash that poison - in a harmless way:

Like Annie did in Selkie, I sit down and write letters to people frequently. Sometimes they are freakishly adoring, other times they are so fearfully angry that I'm thankful no one ever sees them or would be hurt by them. In letters, I unleash passion, power, rage, fantasies, everything - and I do it with complete freedom. However horrible or mean or scary or whatever, in those letters ...

In those letters, I am allowed to say whatever I want. And then, I throw them away or even burn them. I find that giving myself the freedom to express in that way takes the weight off my chest, and I love that this is a way to do it without piling that weight on someone else. It allows me to keep my thoughts clearer too, because I'm not as tense, not as resentful, not as snappish.

20. Really truly: Is this what I want to be doing?
Yes. One hundred percent. The way my life has changed since I took my first trembling steps into the indie writing world ... I wouldn't go back for anything. Writing, reaching out to the world through my writing and being able to touch people with the power of my words and my characters ... yeah, it's exactly what I want to be doing. And I wouldn't trade it for anything.