Gratitude, and Other Updates 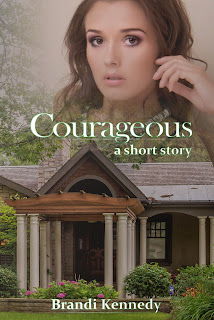 First, let me say that the release of Courageous was a great success! I'm so excited to finally have concrete proof that even though it's been a shocking twenty months since my last release, I have been writing and trying to dig my way out from under some serious writer's block.

NOTE: By "Writer's Block," I don't mean "lack of discipline to sit down and write." I mean "even when I sat down to write during that time, I rarely had anything of value result from the writing." I was writing, just not anything useful or good.

It feels good to hold a new book in my hands again, one that has my name on the cover. It feels. So. Damn. Good.

Know what else feels good?

Knowing that in October, I'm going to be re-releasing all of the first three Kingsley Series books onto all markets. Right now, those books are still under a Kindle exclusive contract term, but as those terms expire soon, I will be adding those books to iBooks, Nook, Kobo, and the other markets where three of my other books are already selling. Fat Chance, Prescription For Love, and Wrestling Harmony, will be releasing on those markets on October 10th, 20th, and 30th -- and I'm also having a little party on Facebook to celebrate! There will likely be prizes offered randomly throughout, spotlights on other authors I happen to enjoy, and lots of games and trivia just for fun. The party begins on October 1st, and there will be teasers and such, too; you can find out more about that event here.

But ... there's one more thing. You may have noticed a certain pattern to the dates chosen. If you did, then you've already guessed what this is all leading up to.

Currently, More Than Friends (the fourth book in the Kingsley Series) is approximately 40% finished (for the last time, I promise), and is on schedule to be released in November. This novel will be available for pre-order during the last bit of the Kingsley Open House party in October, and will release on November 10th if all goes according to plan.

A few other things I want to make sure I share with you:
Blog Posts