Friday Food: Comfort With A Twist 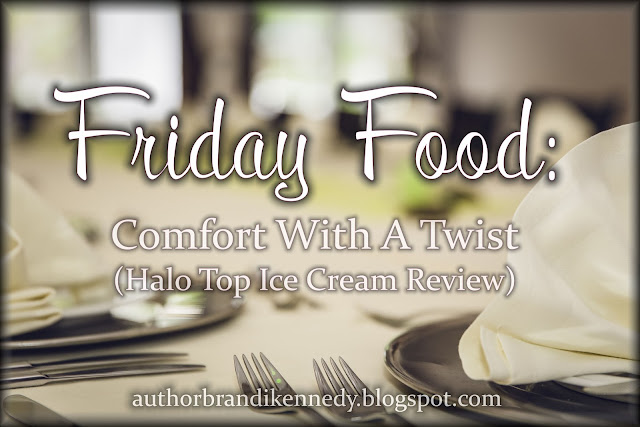 I've been struggling lately. With my oldest daughter officially hitting the teen years, we've had a couple of hiccups in our way of doing things, which hasn't been helped by the situation of her feelings of abandonment with my split from her dad.

So take mom guilt and roll it all together with the overwhelm of bored kids on spring break, then sprinkle a dash of PTSD-therapy-is-hard on top of it, and you get a messed up woman who mostly smiled all the way through therapy this past Monday but has cried herself to sleep three times in the last five days.

Lately I've been noticing - sort of in the back of my mind, slowly making its way to the front - that when I'm in therapy, I talk about my own issues in an afterthought sort of way. It's as if I'm talking about someone else, passively, mixed in with things I say about other people - my kids, my ex, my ex ex, my parents, my childhood. It's all together, mixed up in this soup of impersonal conversation that doesn't even feel like it's about me at all sometimes. That makes it easier to talk without crying though.

Is that dissociation? I don't know what the label is - I just know that it bothers me, and that I could go to therapy every day of the week and still get NOTHING out of it if I can't find a way to make myself engage.

Which is where Halo Top Ice Cream comes in. Of course.


I love ice cream. It's one of those easy comfort foods that makes everything better, and I love that ice cream comes with so many options. Chocolate, vanilla, cookie dough, butter pecan. With or without candy, caramel, syrups, toppings. In a bowl, a cone, or even right out of the carton, ice cream just seems to be made of magic. And don't even get me started on fresh hot brownies topped with melty goodness.

I still remember how utterly satisfying it was as a kid, to sit down with a bowl of ice cream and stir it until it was mush, then set the spoon aside and drink it down like a milkshake. I haven't done that in years, but simply the presence of the memory is comforting.

But ice cream is a guilt food, right? So many calories, so much BADNESS! Plus I'm somewhat lactose intolerant, so it's even more BAD. Not only is it sugary and fattening and unhealthy, but I also know that I'm going to pay a digestive price for my indulgence.

Some days, it's worth it, and I go for it anyway. Like this week, when everything in my mind was crap, and I just needed to sit down with something sweet.

How timely that early in the week, I received a text from a friend, recommending that I try Halo Top Ice Cream because it's so totally low calorie that you can eat AN ENTIRE PINT virtually guilt-free.

So when I got groceries for the household, I picked up a pint of Halo Top in Vanilla Bean (partly because yes, I'm actually that boring, and partly because so many other flavors begin with basic vanilla, so I figured this would be a good starting point), thinking that I'd give it a shot. Guilt-free ice cream?

Imagine my delight when I also discovered that it's high in protein, which is likely due to the egg content (See? I do read the labels, even if I don't always respect what's on them.). I also noticed that, also probably due to the egg content, this ice cream has a somewhat different texture. Not so much "creamy with the little air pockets" that you expect from a typical ice cream, but more like, "frozen custard met pudding, and magic happened."


Seriously, you wouldn't expect "health food" ice cream to be delicious, but this totally was. The texture was YUM, the flavor was spot on and perfectly vanilla, the melt-factor was pretty close to zilch, which allowed me to enjoy the ice cream longer, and I was actually so satisfied with it that I didn't eat the whole pint. I'm calling it an utter success, a total repeat buy.

And then the fact that I've found another way to up my protein without having to constantly live on meat, cheese, and protein shakes - ice cream with 6g of protein per serving!

Do I really need to say, "yes, please" again?

Yeah. I didn't think so. So I bought mine at the local Food City grocery store, but it's also available (near me) at Kroger, Whole Foods, Fresh Market, and Publix. You can even search for where to find it near you by clicking here, where apparently, you can also search BY. FLAVOR.

And with more than 15 low-calorie, high-protein, probably completely delicious flavors to choose from, what have you got to lose? On the company website, you can find recipes, merch, and even a contest where you could try to win a full year's supply of this ice cream!

And now - input from the Peanut Gallery:

Also ... "No, this wasn't a sponsored or affiliate post." I bought the product with my own money, ate it with my own face (except for the parts eaten by children's faces), and loved it with my own heart-filled tummy. Although if Halo wants to pay me in pints, I'm ready to sign a contract Right. Now.

Comments for the Comments Section: