Thursday Therapy: Get The Fidgets 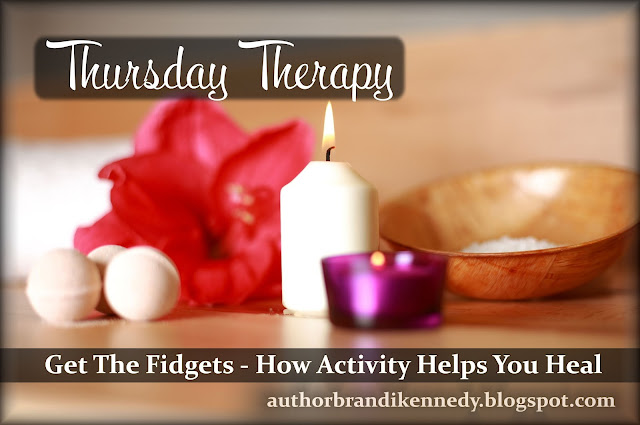 I spent a good portion of my later childhood raised mostly by my Grandmother - these were the most "normal" days of my life back then, hanging out with my cousins in the field beside our house, singing music that made our Grandmother roll her eyes, wandering in the woods behind the house. Playing Barbies.

We grew up in Central Florida, where in the afternoons the high temperature is almost always somewhere between "why am I so dizzy" and "holy shit my arm just melted off." We got up in the mornings, ate breakfast, and went out to play; we were only "allowed" back in the house for bathroom and drink breaks, which had to be kept quick, and lunchtime.

I look at my kids and shake my head - they're good kids, but they're spoiled. When my cousins and I were my oldest daughter's age, we cooked our own lunch if we didn't want sandwiches - we'd boil up a couple of packs of Ramen, and argue quietly amongst ourselves because some of us liked it with a lot of broth and some liked it with only a little.

I say "some" but there were three of us, not counting the one older cousin who mostly did his own thing. And I think it was just me who ate Ramen with no broth. It's saltier that way, when you drain most of the pasta water off before adding the seasoning pack. And I liked it salty.

Growing up, my grandma had a lot of really funny little Grandma-isms. She always hated for us to watch too much TV - she said it would cause square-eyes, and when she said it, her own eyes would crinkle with amusement. In those days, she was exactly what you would imagine a grandma to look like, short and just a little portly, with a stern demeanor and a perfectly set salt-and-pepper perm, held aloft with enough AquaNet to choke you half to death even from the next room.

She could be funny at times (and sometimes she still is, though it's considerably different now, and by the way, #FuckYouAlzheimers), but she didn't like a lot of extreme outward emotion - which is likely why she and I took so long to find our way around each other. I'm obviously very open emotionally even as an adult, and I'm sure this must have been even more so when I was a child.

She didn't like a lot of noise, and she wasn't fond of my cousins and I getting too rowdy. Dana and I were bad about having lots of private jokes (we still are, and by the way Dana - "KekoKeko," if you're reading this), and we also had a sort of strange telekinesis that always seemed to set us up for trouble. We'd just exchange what would for most people be an ordinary instance of eye contact - for us, this was a direct trigger for unstoppable giggle fits, which never failed to annoy our Grandmother.

As a child, we found that terribly amusing. As an adult now, and indeed as a mother, I often wonder what it was she thought we were giggling over. I wish I could ask her. I wish she could remember, if I did.

She used to get irritated when we'd get to giggling, and she'd snap, "Girls! Cool your heels!" And of course, we'd laugh even harder because that's ridiculous. One time, one of us actually sat down and tore a shoe off, yanked a sock off, and started blowing the bottom of her own foot.

Anyway. Another thing I remember her saying was that I'd "got the fidgets." I was an early riser and so was she, and I'd often sneak out in to the living room while everyone else (but her) still slept. She'd be at the kitchen table having her coffee, and she'd shake her head and sigh. I'd take my book and go silently to the couch (when I had the courage not to go hide in the bathroom, reading on the floor - she was a formidable woman in her heyday), and sit down to read. And if I couldn't get comfortable, my wriggling would annoy her, and she'd say with quiet sternness, "Brandi - still still. You got the fidgets." 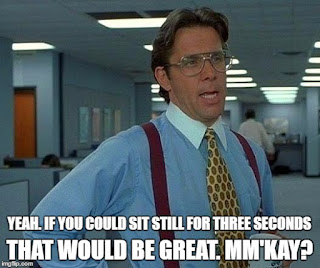 It's funny now though - for some reason God saw fit to bless me with two early-birds who rarely sleep in, who somehow seem to instinctively know even if I wake up early on purpose to claim some alone time. Two kids with ADHD, who wake up totally alive every day, at full speed and full volume.

"God has a most wicked sense of humor."

Anyway, now I've learned to fidget on purpose. I have a single-decade Rosary ring

that I find comforting when I want something bumpy, and I wear it pretty much 24/7. I find that when I'm in therapy, when I'm bored, when I'm anxious, whenever my hands just need to be busy, I can slip it off and spin it around in my hands, and it helps. Bonus, it reminds me to pray.

I also have a fidget cube, which was given to me as a gift from my therapist. I tend to keep it in my pocket on days when I'm anxious; I like that I can pull it out to work with my hands. It's got different textures and sounds, and I find different ones more helpful depending on what mood I'm in - the girls have both used it too, and they also like different sides of the cube depending on what they're feeling. I find it helpful if I'm driving through a lot of heavy traffic too - this never used to bother me, but lately I find a lot of traffic triggers my anxiety. I like that this helps.


I have issues with chronic eye fatigue, because I have underactive oil glands in my eyelash ducts or something like that. This means by the end of the day, I can't see well enough anymore to do any sort of detailed, close work - but when I can remember my eye drops well enough to stave it off, I also like to color when I'm anxious, depressed, bored, or just moody. I find the mandala patterns soothing (when they aren't blinding), and there's something incredibly satisfying about sitting down to fill them in. It's rhythmic, almost mindless. I have several different books I pull out now and then, and even a set of coloring pens that I keep for only myself - but as soon as I fill up one of my books and can justify getting a new one, I want this one next:


I love that it's edgy but still motivational, so I can release frustration while chilling out - and also remind myself that whatever's going on, it'll always get better.

Another thing that eases me is Legos. It feels a little childish to admit how much I still LOVE Legos, but I can't help it, I do. I love that I can build anything. A house, a box, a car. A robot. I can build as small as I want, or as large as my collection allows. And when I'm done (or if I screw up), I can always take it down. I can go back to fix it. I can change or adjust it. Legos create calm, but they can create a lot of other practical things too, like storage for on top of your desk, boxes to put on a shelf. The best part is when you don't need them anymore, you can take them apart and just make them into something else. My girls seem to find it satisfying just to stir them around, listening to the bricks click against each other.


Recently, it came to my attention that one of my biggest supporters is about to send her nephew overseas. Karen Henderson is a frequent commenter here - she was also one of the first people who ever signed up to support my Patreon account, and her unwavering support has meant more to me than I can say. 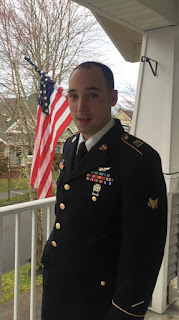 More importantly, she's a proud veteran, a woman who has taken up arms to serve our country, who has given her time, her tears, and her blood to this land and its people. She's from a family of veterans, and as the next generation of her family heads off to fight for our country, he's asked for just one thing - something he can take with him to battle the long nights of homesickness, the long days of stressful and rigorous work. He asked for a way to keep his stress levels down, a way to keep himself busy in his downtime - a way to bond with his fellow soldiers.

He asked for Legos, and since this isn't his first time deployed overseas, I imagine he knows well what works for him.

If you've been reading here very long, you know already that I'm extremely loyal to my country, that I am pro-military, and that I hold our servicemen and woman at the greatest level of respect - especially those who have been overseas, literally risking everything to protect the freedom and safety of families like mine.

"They know what they signed on for."

Yes, that's true, and that's why I respect them so greatly. No one tricks them into signing up and then surprises them with the risks inherent to military service. They know when they sign that contract that at any moment, the military can and will rearrange their entire lives. They know that they're likely to lose loved ones, marriages, friendships. They know that in the course of their daily job life, they're likely to be called to sacrifice their own bodies, their limbs, their sanity. Their lives.

For me, for my friends, for my daughters. For my nephew, for my brothers. And they know what they signed on for.

If you've enjoyed my blog for any period of time, and you come around just to "listen" to what I have to say, thank you. If you've just found this site for the first time, welcome.

And if you love and respect my country even a fraction of how much I do, help me support our military in a small way that will show a spirit of strength and hope to a young man heading off to place so much different than the one we take for granted. Donate some Legos. It can be as many or as few as you want, and you can send them to this address:

*Note: This post contains affiliate links. This means that if you click the links and choose to purchase the products promoted here, I will earn a small commission at no cost to you. However, all opinions expressed herein are 100% honest and 100% my own. Thanks for your support!
Blog Posts Thursday Therapy