By Brandi Kennedy - March 25, 2017
Not too long ago, I wrote a post comparing digital reading with old-school paper (or analog) reading. That post was inspired by a reader comment (which I love BTW, so always feel free to leave post suggestions in the comments), and it was such a hit that I thought it would fun to turn into a series of sorts - the Saturday Showdown.

On the Saturday Showdown, I'll take two things and compare them - this could be anything from two different lipstick brands to two different actors, book VS movie or ... I don't know. Bath VS shower?

But you're smart; you get the point. And I'd love your suggestions on this topic, too - what would YOU like to see on the Showdown?

For this week's showdown, I thought I'd attack one of the age-old debates, one of the most serious battles we have as humans, one of the differences among us that really tends to draw a firm line between one crowd and another.

Because apparently that's what humans are doing these days, making it a point to get froggy and jump all over people who disagree with them because somehow they think THAT'S how you win someone over. We're doing it with race, with nationality, with religion, with politics.

Why not do it with cats and dogs, right? 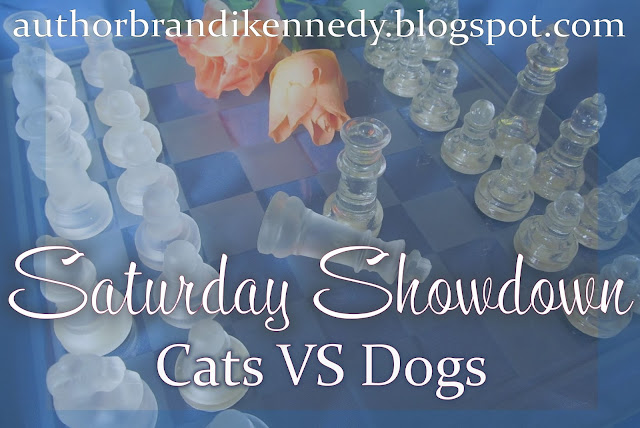 Now, you guys know how much I love my dog. Seriously, I even take him with me to therapy every week - he goes wherever I go as long as it's possible, and sometimes if he can't come, I won't come. He's prescribed as an emotional support animal for my oldest daughter - but he works as a service dog for me. He's more than just a companion animal - I've actually worked actively to train him to complete several tasks for me that are incredibly helpful when I'm battling with depression and anxiety. He's not just my pal; he's a dog with a purpose. 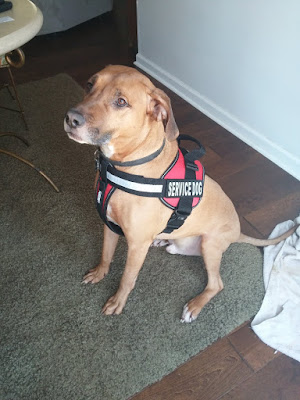 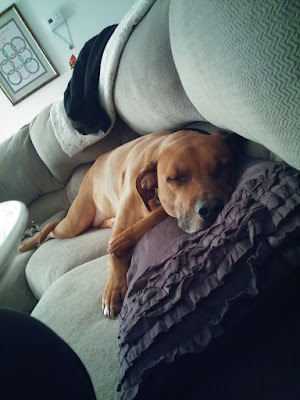 But even without the added benefit of Chance as a service dog, there's the scientifically proven fact that having a dog around is good for your health and wellness in tons of ways. Our family also has another dog who IS "just a pal" - and he's equally great at his job, equally important, and incredibly well-loved. He may not have the same type of purpose, but he's valuable to our family all the same. 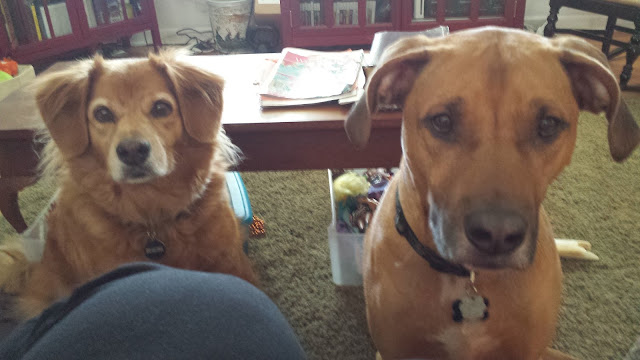 But then ... there's this guy, the one cat on the planet who doesn't terrify me. He and I have a certain understanding that has allowed him to transcend regular catness and become ... other. He is a cuddler, a snuggler, a fuzzy, vibrating little purr machine - and he follows me around like a dog.

And I'm not kidding about the following me around thing, either. Like five minutes ago, I stopped working on this post to take a pee break, which meant moving the laptop, moving the pillow the laptop is propped on, and moving the cat - who had been sprawled out just beside me, wedged between my arm and the arm of the couch, one paw wrapped snugly around my wrist as I typed. 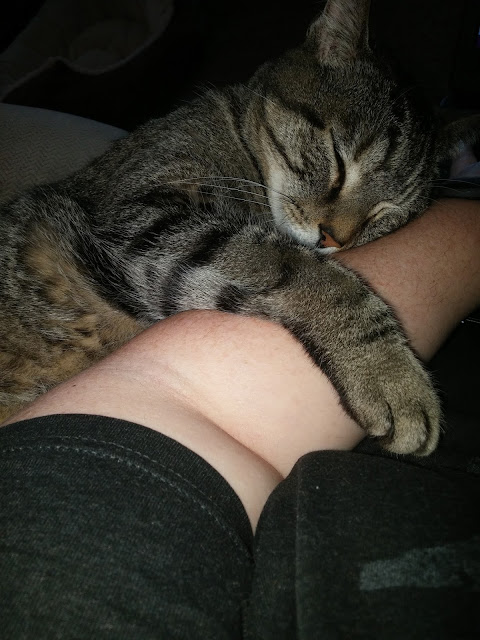 Well, he followed me to the bathroom and sat in the doorway (I'm alone in the house so I just left it open - I seriously had to be SO BAD), giving me the side-eye the whole time. I guess that's what I get for leaving the door open.

He seeks me out sometimes, specifically. He comes when I call him (when he feels like it), he doesn't bite me like the cat that attacked me when I was a child, he doesn't try to kill me like Dana's cat does every time I go to her house, and he talks to me just as surely as my dog does. Once, he even brought me a mouse - carried it right in and dropped it at my feet.

Nevermind that I was horrified and had to have someone else dispose of it - it's the thought that counts, right? 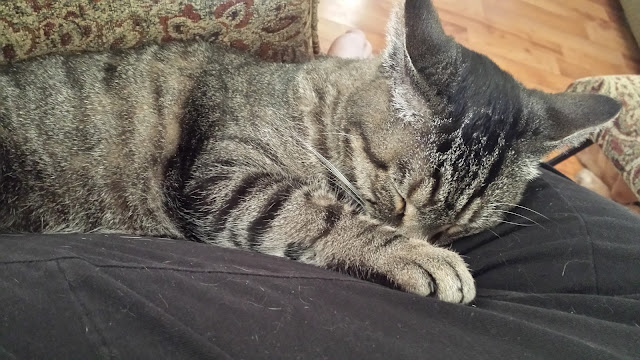 You know - on second thought, this might have been a bad choice for the first Saturday Showdown. Just as this topic can be totally polarizing, with people who are either firmly in the dog-people camp or firmly in the cat-people camp, I think there are likely just as many for whom there is no clear winner. Dogs have their strengths, their benefits, and their clear purpose for being - but they have their drawbacks too. Then again, so do cats - I mean sure, there's the cuteness and the purring and the way they do that little nose-kiss thing, and there's the way they smile and the softness of their fur and the sheer irresistibility of their cute little paws. But then there's the claws and the teeth and the evil eye, so ... drawbacks.

For me, dogs are the clear winner in this battle - but that's probably because I haven't got an ounce of fear when it comes to dogs. Respect, yes - but fear? Nope. 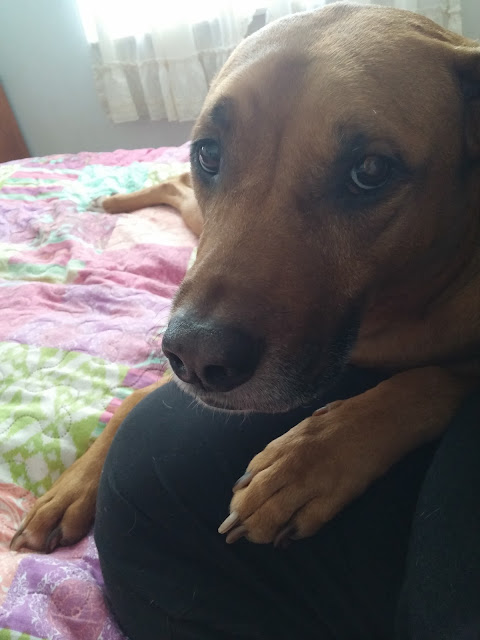 I know other people who would disagree with me though - people in the cat camp either because they've been attacked by a dog, or simply because sometimes, dogs are scary looking. Not mine, maybe, but other ones. Who wins the battle for you?