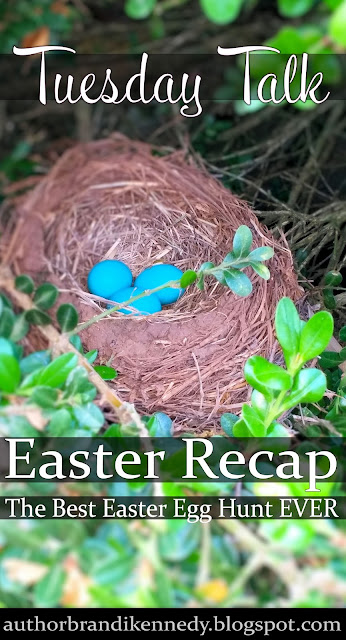 I have to say, leading up to Easter Sunday was super stressful for me. I spent the weekend obsessing over everything - things I got for the girls, things I didn't get for the girls. Upcoming deadlines, school stuff, the impending summer break and it's possible impact on my ability to keep up with my workload. Page views, finances, my goals. My future. My dreams. By Saturday afternoon I felt totally frenzied, struggling to keep up with my own thoughts and the things that were weighing me down. I was frustrated and frazzled, and I was hating it.

Somehow, I still managed to push through all the things that were going on, finish my work stuff for the weekend, and even find some downtime. I still don't even know how I did it.

But Sunday picked up bright and sunshiny - I woke up before the kids, which gave me a few minutes to just get my mind in order before the girls got moving. They went to church with their Grandma for the morning, and I had time to sit back and enjoy the quiet. I spent some time in my Bible, spent some time working, and managed to talk myself into wearing something a little less "everyday," even though I had no plans to go anywhere for the day.

It worked out well; the kids came home happy and ready to spend the day hanging out together, and even though we didn't get around to the Mad Libs game I had meant to implement into our day,  I took the time (while Eden worked on a craft and Josephine texted back and forth with her friends) to make these: 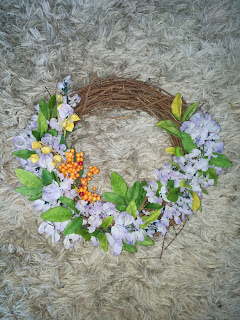 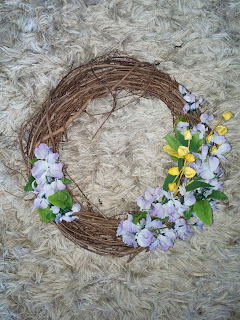 We ended up taking the orange berry stems off the wreath on the left (do you think they looked a little out of place?), but overall, I'm proud of these and they look great hanging up!

From there, we moved on to the classic Easter Egg Hunt - the girls had stuffed a bunch of plastic eggs with candies, and I took the bag out to stash the eggs around our front yard and the sides of our house. There were around sixty eggs, and we had four kids at the house hunting - my two girls, their slightly older uncle, and his girlfriend. While I was hiding the eggs, though, I found these:

They were in a bush around the side of our house, just barely above waist level. We have some (I think they are) boxwood bushes around the side, and there's a bit of a gap behind them, just before you get to the fence that closes in the backyard; I had intended to drop a small treasure trove of eggs in that back corner, for any kid thorough enough to venture that far and brave enough to reach down into that gap. But as I got closer, the last bush came alive in a flurry of beating wings.

I had frightened the mother with my closeness, and she in turn had frightened me with the suddenness of her panic. It drew my attention - had she sat there waiting still, I would likely never have noticed her, as I was focused on my task and enjoying the pleasant surprise of what was shaping up to be a truly beautiful holiday. But she wasn't still, and I peered into the gap between the branches of the bush.

This of course frightened the mother bird further - she flew the bush entirely and perched herself in the tree above, watching me carefully as I leaned in. I touched nothing, and stayed only long enough to take this picture (I wanted to show the kids, but wasn't sure it would be wise to actually show them, lest they come back unattended and disturb the nest.). I had seen bird's nests many times before, up in the trees above me, usually abandoned, their roundness standing stark against the winter-bare branches. I had never seen one with real eggs in it before though, and even I was tempted to reach out, to see if they would feel as solid as they looked, nestled there together.

I didn't. But it changed the tone of the entire day, brought a new sense of magic into the impending egg hunt. This Easter, we found much more than Skittles and Spree, something much more colorful than a Ring Pop and far more lovely than even the most beautiful Easter baking. We found new life in the most literal sense - and in the more figurative, we found signs of the end of what has for us been a long winter. I found a promise of hope and encouragement, the magic of new beginnings.

And, something else to worry about when Patrick doesn't come home at night.

That wretched and blessed cat brought me a hatchling last week, a baby bird still bald and featherless. Needless to say, what he must have thought would be an extremely welcome gift was NOT well received.

I'll be checking on the robin eggs daily.