By Brandi Kennedy - January 22, 2018
This BLOGuary, I've been working with David Elliott of the Single Dad's Guide To Life; we've been writing our way through the month day by day (except Sundays), using our common stance as single parents to guide our sometimes differing perspectives as we worked to coordinate our plans, balancing our writing styles and content choices against our lives as single parents of daughters.

And while neither of us are solely parenting-focused bloggers, it's only fair that since we are parents, there aren't any parts of our lives left that aren't touched in some way by the way our thoughts and actions could possibly impact our children. Even in debating the pros and cons of single life, where I focused more on the personal romantic aspects of dating as a single parent and David focused more on the way choosing to date (or not date) as a parent can also effect the children involved, we were able to show how parenting completely permeates all the places of your life - yes, even the idea of dating.

But the impact of life as a parent and the weight of that level of responsibility can be seen as good things too - because as parents, we quite literally steer the world into its future. Raising the next generation isn't easy, and we often look back on past generations for guidance, picking and choosing from what we think worked, making the effort to leave behind what didn't. And each new generation of parents creates a fluctuation in time, a period of change that moves the world further forward.

Sometimes these changes are for the better; sometimes they're changes that make us better people, kinder to each other, more willing to reach out and understand the person on the other side of a dividing line - regardless of what that line looks like, whether it be skin color, body size, mental health, or economic standing. Other times, the changes are less savory, and the bad taste they leave in our mouths causes us no shortage of trouble due to our unwillingness or inability to cross the divide and find brotherhood among other humans.

But recent years have been particularly encouraging years in which to raise daughters - women's rights in the United States are long since established as far as voting power, the ability to own property, the ability to find gainful employment (provided there are not other issues such as disability), etc. But in other ways, women are still a long way from finding equal standing in what is still very much a man's world. 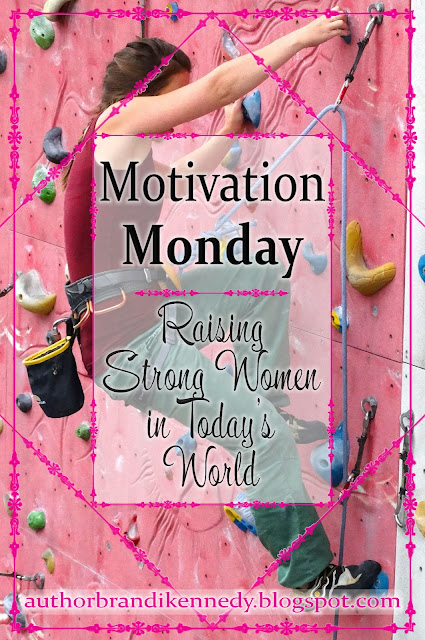 We still live in a world that places blame on victims of domestic abuse - we still say things like, "Well, didn't she know what she was getting herself into?" and "But she stayed, right? I mean, it's not like she didn't know it was gonna get worse." We tell ourselves, "I guess that's her choice then," and "If she stayed, she pretty much had it coming." And we turn up our noses because it's easier to pretend that victims of domestic crime chose to be victims - otherwise we'd have to question why we didn't have the courage to step in.

We still live in a world where the #MeToo movement is necessary, because little girls are being molested by the men in power over them. Their bosses at work, their athletics doctors and advisors, their brothers, their brothers' friends.

Because of the situations I saw as a kid, the things I survived and experienced, and the experiences shared with me by young women and girls close to me growing up, I don't allow my children to spend time with babysitters. I don't leave them alone with males pretty much ever - and honestly, I'm pretty untrusting of females too. My oldest daughter had a male teacher one year, and the knowledge of my child's exposure to a man in power with whom she might at some point be alone ... I had nightmares all year long. They both have various male doctors, and both have had surgical procedures during which I had to trust that my children were in the best and most honorable hands possible.

So ... as parents of daughters, what we do about it? How do we avoid our daughters' names showing up on court documents where the crime committed against them may or may not be completely overshadowed by the athletic prowess or studio prominence of the person who took advantage of them?

How do we raise a generation of young women strong enough to say no, confident enough to set boundaries, and empowered enough to demand that those boundaries be respected?

More importantly, how do we raise them with balance, ensuring that they don't swing too far over on that spectrum? How do we raise strong women who aren't afraid to stand up and defend themselves - without losing the value of their instinct to nurture and willingness to compromise? How do we keep them soft and sweet - sugar and spice and everything nice - while still giving them the gifts of strength and validity that empower them as humans of equal standing?

Like I said before, I believe each new generation creates a wave that washes slowly over the entirety of the world, a wave of change that splashes here and trickles there, slowly eroding what once was and creating a new landscape for the next generation to work with. Right now, just like in every generation previously passed, I believe that the best way to raise strong women is to embody the strength we want our daughters to have, to expose them to strong women in our culture, to speak to them honestly about the way the world works - and the way we wish it did.

For me, this has meant learning to find and enforce my own boundaries as well as taking the time to explain them to my children.

I am beginning to see already how these methods pay off with my daughters in various ways, from giving them an understanding of who I am as their mother and what I expect from them as their authority figure to giving them the opportunity to explore and begin to set their own boundaries.

We have a long-established agreement in our family that my children are expected to obey, although they are not required to agree. They know that this means respecting and deferring to me as their mother - under the trust that my expectations of them are both appropriate and plausible - but it also means they are empowered by the freedom to have their own opinions. They don't have to like bedtime (or curfews, or chores, or homework, etc), and they're even allowed to respectfully say so - but they know that in the end, the rules stand and they are expected to obey. Occasionally, if they handle themselves appropriately, an opportunity opens up - one in which we discuss why I set a rule and why they believe it should be changed. Just like in the adult world, we work on it until an agreement is made. And just like in the adult world, sometimes this is 50/50 successful, other times the balance swings more to one side or the other. Sometimes we revisit topics, other times we find a hard line on one side or the other than simply cannot be moved.

In the meantime, this means my daughters are learning what works for them and what doesn't, as well as how to find middle ground when possible, negotiate when necessary, and accept that they can't always change the rules just because they don't like them.

In the end, this is what amounts to a generation of young women who will be stronger than the generation before. A generation of young women not afraid to challenge the status quo - but perfectly strong enough to succeed under it if need be. I pray daily that my daughters will strive to find balance and fairness in their lives, that they will have compassion and defend those in need, and that they will be strong, empowered examples to the women they encounter in their lives.

Because regardless of the weight of responsibility, today's young girls are the next wave of the future - and no matter how fiercely I protect them, they too will learn to be Undaunted.

Are you raising daughters? If you are, what are the most important things you hope to teach them as they grow, and what do you most want the instill in them before they walk out of your hands and into the world at large? Tell me your thoughts in the comments - I'd love to chat with you!

Don't forget, this BLOGuary is a writing partnership! David Elliott from the Single Dad's Guide to Life has been partnering with me this month to balance my single mom perspective with the single dad side of everything from fitness to travel to music and movies. Make sure you check out David's blog for his thoughts on these topics and more - especially his countering post to this one, where he talks about how he lives up to the challenges of raising a strong woman as a single father.

If you liked this post, share the link with your friends - it really helps me get the word out about my blog and it brings new readers into our community! But while you're here, subscribe to this blog by filling out the "subscribe by email" form in the sidebar - it's the best way to never miss a post! And if you like this blog and want to take an active role in keeping it all running, here are two ways you can get involved:
Patreon is a great way to help manage the costs of running this blog, and it's also where my readers get to read my novels while I write them! My patrons directly sponsor my various writing endeavors, and sponsorship gives Patrons access to all sorts of content depending on their budget and desire for involvement: the $1 tier gets access to one new romance chapter a month, two brand new poems from my upcoming poetry collection, the weekly L.A.F.F.S., and occasional content polls!

There are several other reward tiers to choose from too - and the best part is that as my patronage grows, so do the benefits for every patron! Our goal right now is 50 patrons - when we get to 50 patrons I plan to double my monthly fiction chapters, which means twice the writing from me in exchange for the same monthly contribution from you.


But however we stay connected, whether it's through my books, this blog, social media, or even Patreon, you can always rest assured that my brand is built on what I write and who I'm writing it for. "Love Stories and Lifestyle for the Undaunted Woman" isn't just a slogan or a tagline - it's a purpose and a goal. Click here to find out more about what it means to be an undaunted woman - maybe you'll find that you already know the perfect nominee for our next Undaunted Interview!