Self-Care Sunday: Breaking Out Of A Rut

By Brandi Kennedy - March 25, 2018
Life is picking up for the girls and I lately, and not necessarily always in a good way. We've had tons and tons of stuff going on, we've had more long days and late nights than we like, too much stress, and too many unpleasant surprises. We're making the best of it, but the truth is, sometimes things get really rough and it's easy to fall into a rut.

The kids have been bickering a lot, lashing out at each other over every little thing, overreacting to every perceived slight, and even snapping at me. They're tired and anxious, and at the moment there's nothing to be done about but hold on and ride it out.

I've been having to exercise a lot more discipline lately - for them and for me. I'm tired, worn out emotionally, and stressed under the weight of too many burdens. I want to snap too, and overreact, and quit life for a while so I can take a nap for three weeks. But there's no one to handle things but me, so I'm soldiering through with more coffee than I should drink, more yelling and lecturing than I'd like, and a lot less fun than I want my kids to remember.

But it happens. We got stressed, got tired ... fell into a rut.

And we needed to break out. So we did. 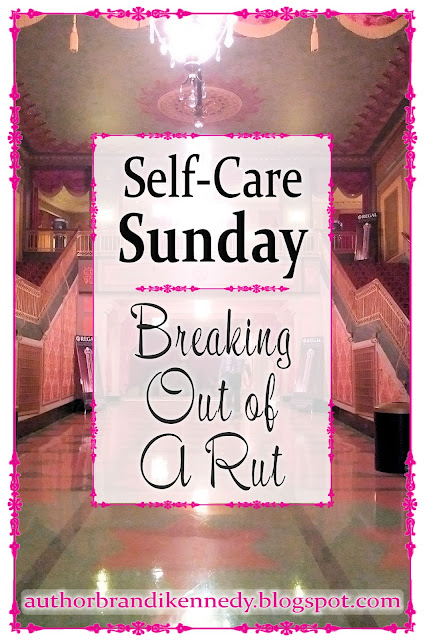 A few weeks ago, the girls and I were fortunate enough to be able to attend a local showing of a stage production of The Wizard of Oz at the Tennessee Theatre here in Knoxville. I had been in the theatre just once or twice before - just far enough to have knowledge of the opulence hidden behind the simple, old-world facade, but not often enough or far enough to have truly experienced the theatre for myself.

Operas aren't really in my budget; neither are ballets, orchestras, or Broadway productions. I wish they were, but that's just not where my life is right now.

But since Josephine was in the spring production of Singin' In The Rain at her school this year, when several of the kids in her school's drama club ended up being offered tickets to The Wizard of Oz, we jumped at the chance to be able to go. We hadn't been going out together as much as I had planned due to the bitter cold this winter, and we were overdue for an outing. I knew it would be a great way to kick back and relax a little bit together - a great way to change the scenery.

The theatre was just as beautiful as imagined, and while Josephine was much more excited about the play itself, Eden was awestruck by the beauty and elegance of the decor in the theatre. She said she felt like a princess, and as we made our way around, she held pinches of her skirt up as if she were guiding the folds of an elaborate gown. We wandered just a bit, trying to take everything in, but it was too crowded for me to be able to relax and there wasn't much time left before the show was due to start - both girls were excited, the crowd began to disperse, and we made our way through to our seats, where we quite thoroughly enjoyed the show. 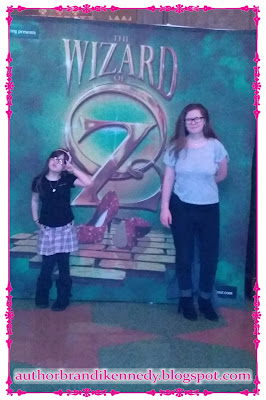 In the few days after the play, I couldn't stop thinking about how beautiful the Tennessee Theatre was - and eventually the thought bloomed, becoming an idea to see if I could get a tour of the theatre so that I could feature it here on the blog. I wanted to see it in a way that could be shared, without the crowds and the busy-ness. I wanted the chance to really take it in.

From the first moment you enter the grand entertainment palace that is the Tennessee Theatre, it's easy to understand why this historic treasure has been named the official theatre of Tennessee - and why the huge stage is a favorite among stage actors nationwide. In the lobby alone, guests are greeted with opulence and detail at every turn, from the double staircases to the series of incredible chandeliers ...

... to the old-world beautiful style of the concessions bar.

No detail is forgotten, from the artwork and decor to the emblems, moldings, and textured walls. 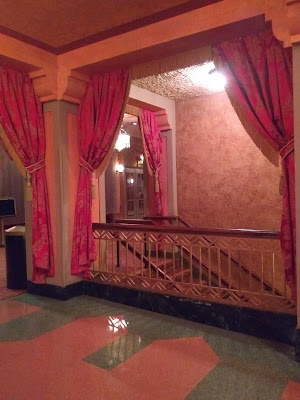 Beyond the splendor of the lobby, luxury and thoughtful detail are apparent at every turn, from the tiled floors in the lobbies and halls to the incredible domed ceiling in the 1600-seat auditorium.

Built in 1928, this building has hosted some of the most incredible names in early show business, from vaudeville's Ziegfeld Follies with Fanny Brice to Helen Hayes, the First Lady of Broadway, to the likes of the handsome heartthrob Desi Arnaz. It's astonishing - and more than a little awe-inspiring, for me, at least - to think that I walked through the rooms and halls once graced by such beloved long-ago icons. To think that I sat with my daughters in an auditorium once opened to the stars and VIPs attending the world premiere of James Agee's 'A Death In The Family' and Anthony Perkins's 'The Fool Killer.'

Withstanding the tests of time until its closure in the 1970s, the beautiful Tennessee Theatre has seen renovation and new beginnings; it has been both loved and neglected. And yet it stands, reopened in 1979 and once again as loved as it should have stayed all along.

Reopening and reviving the theatre for film and live entertainment also brought new life to the Tennessee's Mighty Wurlitzer - a magnificent organ of impossible size and impeccable beauty, played  masterfully by the generous and talented Dr. Bill Snyder (who also happened to be my tour guide). 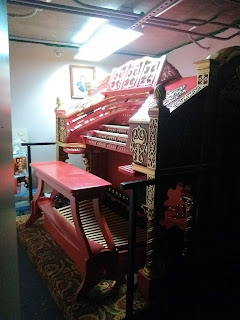 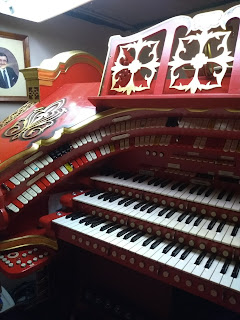 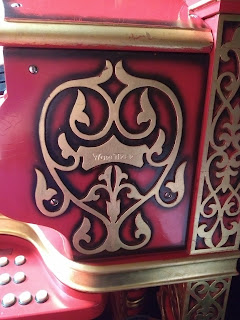 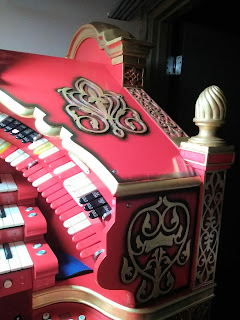 Now fully restored to the glory of its original 1928 design, this instrument is both incredible to look at and powerful to hear.

In the years since its renovation and reopening, the theatre has changed hands, adjusted to changing entertainment standards, and held strong in an always-changing world. It has maintained both beauty and class, hosting such well-known modern-era icons as Robert Palmer, Kenny Chesney, Johnny Cash, Alison Krauss, Tony Bennett, Jay Leno, and Diana Ross - and the theatre's determination to remain standing strong and proud in the heart of downtown Knoxville promises many more years of history in the making. (To see an impressive full history of the Tennessee Theatre, click here.)

What I really loved about the theatre, though, was the way exploring the inner workings of the backstage areas, the dressing rooms, and even the space below the giant stage, allowed me to break out of my stress-filled rut. While the theatre's beauty inspired me to hope and its history reminded me of my own resilience to withstand time's challenges, the quiet calm and obviously proud dedication of my tour guide showed me that nothing is a race - and remarkable histories are always created just one day at a time.

If you liked this post, related to it in some way, or know someone who needs to see it, make sure you drop a comment below - I would love your feedback as well as the chance to interact with you! It would also be great if you could share the link to this post with your friends - it helps me get my blog out there, and I love that it brings new readers to the Undaunted community!

Also while you're here, make sure you subscribe by filling out the "subscribe by email" form in the sidebar - it's the best way to never miss a post! If you like this blog enough to want to take an active role in keeping it running, here are the best two ways to get involved:


However we stay connected, whether it's through my books, this blog, social media, or even Patreon, always know that my brand is literally built on what I write and who I'm writing it for. "Love Stories and Lifestyle for the Undaunted Woman" isn't just a slogan or a tagline - it's a purpose and a goal. Click here to find out what it means to be an undaunted woman - maybe you'll find that you already know the perfect nominee for our next Undaunted Interview!