The Value of Hope (When You're Struggling) 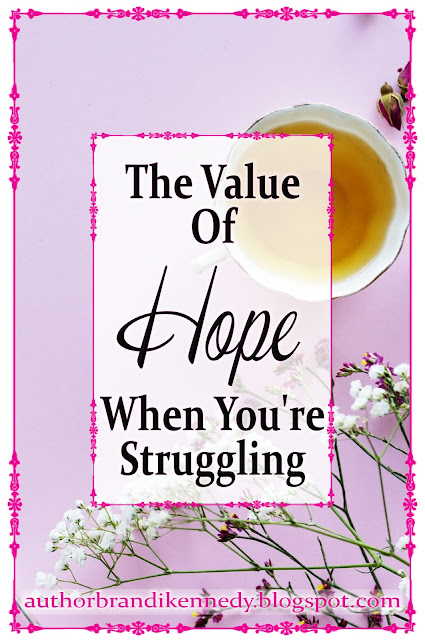 I'm still determined to rock this year of my life. This year the girls and I are moving. This year so many things are already falling into place, and so many more look like they're going to work out just right. Other things, I'm still not so sure about, but for the most part it's beginning to look like there's light at the end of the tunnel the last few years have felt like.

But this season of growth has been hard, and to be honest, I'm struggling. I almost didn't get this blog post done in time to keep my blogging schedule, and all I have is a list of excuses.

But sometimes, you just have to spend a little extra effort to find the silver lining, the disguised blessings hidden in the chaos of your life. Today the girls and I were out in the van when one of my tires blew out. It still feels like a disaster, because what little money I had held back for the move will likely now go toward tires for the van.

But we didn't crash. The tire blowout didn't damage anything else. I had a decent spare and a good jack. And it didn't matter that I'd never changed a tire before because I happened to cruise into an Advance Auto Parts store, where I encountered the sweetest good Samaritan I've had the pleasure to encounter in a long time. He took my tire off, put my spare on. But he also did so much more than that ...

And that? It gave me hope. Strength. Courage. And a reminder that I can handle so much more than I ever expected.

However we stay connected, always know that my brand and Undaunted Army itself are solely built on what I write and who I'm writing it for. "Love Stories and Lifestyle for the Undaunted Woman" isn't just a slogan or a tagline - it's a purpose and a goal, which is why, whether you're a first time reader or a long-time loyal follower ... from the bottom of my heart, I thank you for being here.