By Brandi Kennedy - May 05, 2018
I've been attending regular weekly therapy most weeks since back in December 2016. I knew I needed help, had known for a long time, and had been coping with crippling symptoms that were destroying my ability to enjoy much about my life - including parenting.

I wasn't in love with my partner anymore, and while the relationship was incredibly unhealthy all along, the loss of it shattered my heart because I knew it would hurt my daughters to lose their dad. I felt sure that dissolving my relationship with him would end with him walking away - or at least significantly backing away from - his relationships with our daughters.

I hate that I was right.

I hate that when we really officially split for the last time, I had just watched a series of YouTube videos in which a former couple were co-parenting their children with such peace and partnership that they still had joint birthday parties for their kids, still hung out together as almost-friends. I hate that when I shared those videos with my ex and told him how much I hoped we could find our way to doing that too, for the sake of the kids ... he pretty much quit everything.

I hate that, for so many years, I felt like if I wanted something or something was important to me, and I shared it with him, then it automatically became something that was off-limits. I hate that feelings of peace, security, and parental partnership for my daughters have now been added to that list.

For a long time, as things got worse, I hated myself for sharing that desire with him at all. I should have known better.

But what made it worse was knowing how much it was all compounded for me by my own mental health issues with anxiety and depression. I was feeling trapped, and on top of all my own issues, I was carrying the weight of two chronically ill children all by myself.

And I got resentful.

Don't get me wrong though, I love my kids all day every day ... but I found myself having moments where I envied him his ability to walk away, to reclaim his life for himself. I envied the freedom I was sure he had - unencumbered, no responsibilities beyond his own well-being, his own needs and desires.

I knew I was messed up. I knew I needed help. I had even made several halfhearted - and therefore unsuccessful - attempts to seek help.

And then, as all that went on and my PTSD symptoms got worse and worse, my PMDD symptoms continued to increase, and my depression symptoms deepened ... I found the right way to kill myself. 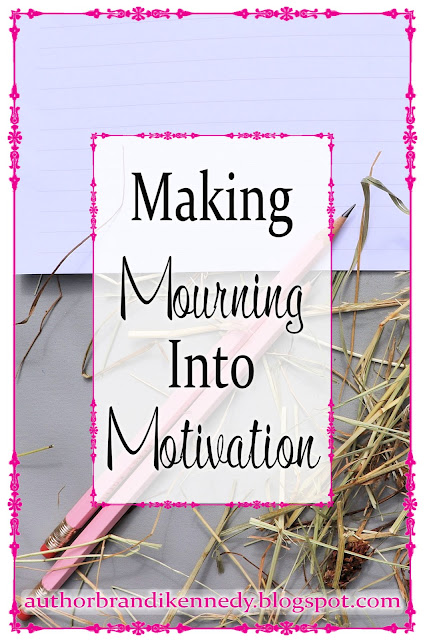 My mother attempted suicide right in front of me when I was 15 years old. We had had an argument. I was in my room. She came to the door, still fuming. She yelled things. And then she tipped a pill bottle to her mouth, pouring them in. I jumped up from my bed, rushed after her and she turned and fled to the kitchen. I met her at the sink, threw my arms around her as she bent down to drink from the faucet. I ripped her away, shoved my hand in her mouth, digging pills from her throat. She bit me. I kept on. Of course I couldn't get them all; when she collapsed in the kitchen floor, I dialed 911.

That was almost 20 years ago, and I've been suicidal for probably 80 percent of that time. And yet, because of that one incident - because of how much it hurt me to know that at 15 years old, when I already felt abandoned by father, my mother tried to abandon me too, in the very worst, most damaging way possible - I feel quite certain that my risk of ever actually attempting suicide is a firm zero percent.

I will never hurt my children that way.

They're my Why for so many reasons - they're why I wake up every day and drag myself out of bed. They're why I try when I'd rather quit, why I keep pouring no matter how empty I might be feeling - to keep giving to them, to raise them with security and confidence that they are loved and valued.

More importantly, both for me and for them, they're a reminder of how important it is, not only to take my experiences and learn from them, but also to share the incredible value of those lessons with others.

That's part of what I love so much about this blog, too. It isn't just marketing (even though I'm not shy about talking about my books and other writings here), and it isn't just because the writing is helpful for me in my efforts to improve and stabilize my mental health (and my life in general). It isn't just because I like to hear myself talk ... it's because I have learned so much from reading other blogs, and my life has been changed by the sharing of experiences. I've picked up on nuances, soaked in life lessons, and grown and developed both as a woman in general and as a mother specifically.

I hope to build that myself, right here - a place where people can come to feel like they're understood, like they're part of something. A place people can walk away from feeling enriched and excited - or at the very least, supported. A place that will, in time (I hope), make a difference in the lives of others.

But it all starts with taking my experiences and letting them teach me, letting them make me better instead of bitter, letting the mourning become motivation, and using the momentum of that forward motion to help teach and coach and inspire others.

I'm not sure where that's all going to go, or how it's going to end up. But I'm excited, and I hope you'll be coming along for the ride.