By Brandi Kennedy - June 19, 2018
When I first started this blog as a way to share my writing and grow my platform as an author, I had no idea that it would grow into something so meaningful to me. I didn't know that almost six years later, I would have the kind of following here that allows me to make a small blogging income. I didn't know that the following would become a community of friends, people who take the time to comment now and then or email me to tell me how this blog impacts their strength and confidence.

I was just sharing my journey as an author, and as my life changed, so did this blog. It became, more and more insistently, a lifestyle blog - no longer focused solely on my writing but focused much more inclusively on my life in general. Here, I cover topics related to my mental health and how I cope with the challenges of living life with complex post traumatic stress disorder I share the coping mechanisms and strategies that help me, not only to create a record I can look back on at will, but maybe to gift those same strategies to someone who hadn't found them yet, to inspire someone else to keep trying because they feel less alone. 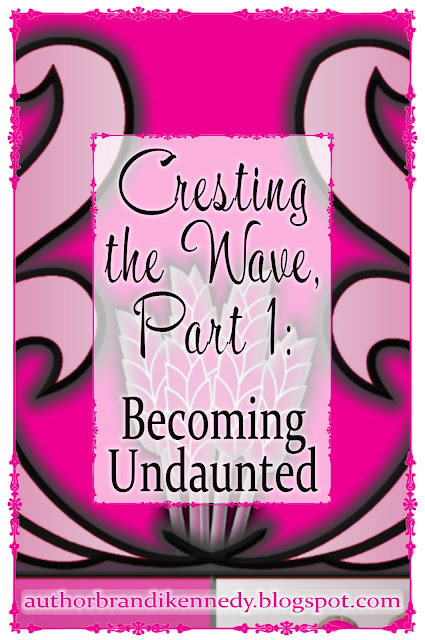 Over time, it became something of a movement, not only in the community of readers who come here to keep up with my content or buy my books to learn and love with my characters, but also in me. It's a movement toward independence from a life that felt (and sometimes still feels) oppressive. A movement toward strength I didn't have before, toward respect as a person that I hadn't yet learned to demand. A movement toward the right to set my own boundaries and the peace to accept myself as I am, even as I strive to keep growing. It became a record my daughters can look back on to know their mother more intimately, a story in motion, a drama still unfolding.

Over the years, the story of my life has seen several major plot twists, survived a good number of tough storms, and surfed the foam-crested waves of more chaos than I ever believed I could handle - both internal and otherwise. And the one thing that almost always remained the same was the number of people in my life at various times who encouraged me by promising that I was strong enough, that I could handle it. I've had people tell me they envied my fearlessness - and I've had people reject me because they were so intimidated by it.

Even though it doesn't exist.

I mean, I'm a girl with multiple anxiety disorders ... I'm clearly not fearless. But because I adapt as best I can and I keep shoving myself moment by moment through my challenges until they pass, people are sometimes mislead to think I have something special ... but I don't.

A few years ago, I read the Divergent series, and I fell in love with a girl who didn't fit in. She wasn't inherently this and she wasn't inherently that either. She was a chameleon, willing and able to fit in most places, and yet somehow unable to fit in anywhere. She was different enough to be threatening. Different enough to be seen as someone who could rock the boat, could wreck the plan, could change everything in a way that couldn't possibly be good.

I fell in love with a boy who was the same kind of different, who met the girl and knew her for what she was, who took her under his wing and helped her find a way. Who stood beside her, who stood up for her, who backed her even when he didn't like or understand what she was doing - because he loved her.

They were Divergent, but while they could have been or become anything in their society, they were Dauntless. They were unafraid even when they were terrified, were risk-takers even when they craved safety, were wild despite their secret need for calm. They faced battles, wars, brutal selections, unforgiving competition ... but they stood undaunted despite everything.

Undaunted became the desire of my heart, not only for myself and my family, but for the community I'm building here, for the people who look to me for ideas or guidance or inspiration or just solidarity.

It became the strength and resilience upon which I build my brand as I accepted and embraced my detour into lifestyle and mental health blogging. And since then, it has become so much more.