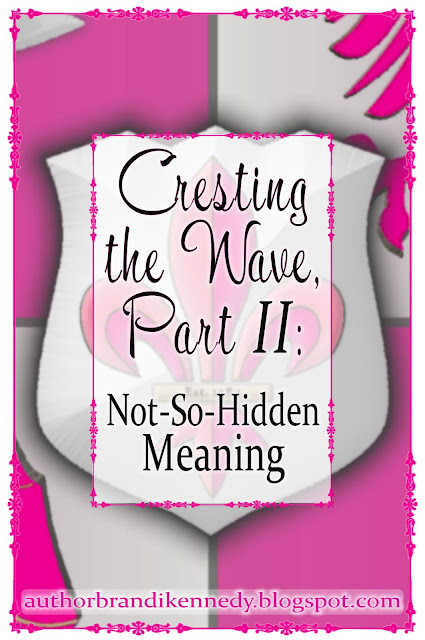 When Prince Harry married Meghan Markle, I (like millions of others) took an interest in the wedding. Many Americans, myself included, are charmed by the pomp and circumstance, by the magic of such strong tradition, and the romance of an average regular girl meeting and marrying a real live Prince.

The web was exploding with articles about the wedding - about the dress, the jewels, the Queen's approval, the obligations and responsibilities of the rest of the royal family. There was speculation about which children would serve what roles in the wedding, how Meghan Markle's life would change once she became Her Royal Highness the Duchess of Sussex, how well she got on with the Queen, and what rules she should follow (or had already broken) as a brand new member of the British royal family.

I watched footage of the wedding several times, marveled over the simplistic elegance of her dress, the impossible length of her veil, and the utter adorability of the page boys who carried it. I read about the symbolism of the embroidered design along the veil's edge. I listened to the vows. My heart fluttered. I saw the tiara up close, read about its history. It was all so romantic.

But then HRH the Duchess of Sussex was given her royal coat of arms, complete with more personal symbolism and meaning. And I've always loved the meanings behind those sorts of things ...

A royal coat of arms must be approved by the Queen, and in England the use of coats of arms is still quite regulated. But in many places around the world, families, businesses, and other groups have long adopted the tradition of creating and using their own coat of arms.

Like I said, this has been something I've loved and been fascinated by for some time - which is probably why, when Meghan Markle was gifted with her royal coat of arms, I was like, "Wait a minute ..."

I started reading up on the symbolism of her coat of arms, loving the way the symbols represented Meghan, her status, her personality, and even her childhood home. From the colors to the imagery to the style, the coat of arms is unique to Meghan, her interests, and her message.

And the more I thought about how cool that was, the more I wanted one for us. For myself, for my readers, my community. Something to represent us as a gathering of survivors, a family of supporters with the commonalities of courage, compassion, and composure on our sides. It doesn't matter if we're survivors of abuse, victors over rape and assault, recovering from addiction, or struggling with other traumas. It doesn't matter if you're "over it" or if you're still trying to "let it go" or if you're still somewhere in between. What matters is that because you have hurt, you can understand the hurt of others. Because you have suffered, your heart opens to those still suffering.

I wanted a way we could share that, a way we could speak on it even if we haven't yet found the voice required to speak out loud. I wanted something that would make sure we knew each other if we saw each other in a store, on the street, in line at the coffee shop, bookstore, or post office.

So, I started designing - and I came up with something amazing, which I'm revealing just a little hint of here: 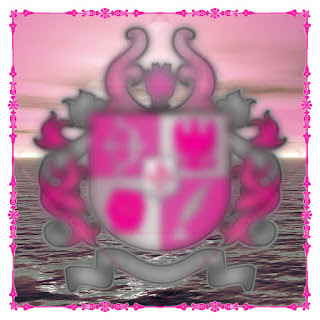 There have also been hints dropped here and here - and if you know where to look, you may even have seen the entire crest already - but in the next post, I'll be unveiling the unblurred version of my Undaunted Army Coat of Arms. I'll also explain the symbolism behind each included detail (even the one tiny detail most people will never even notice), show off the Undaunted Army Flag, and even share where and how you can sport the UA Coat of Arms yourself!

Also, a reminder for those interested: there are only a few days left to get in on this quarter's giveaway! Next quarter's raffle promises to be even more exciting, so make sure you're checking the giveaways page regularly. (Hint: Ever played Capture the Flag?)