A Lifetime of Favorite Songs ... 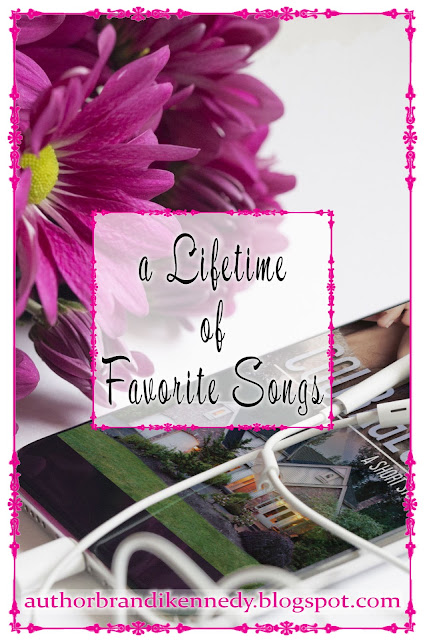 A few months ago, I saw a video on YouTube, pieced together with clips from the video creator's favorite songs - one song from every year of their life. I sort of kept that topic in mind, letting it marinate in the background; it kept coming up, but I knew it would be a huge endeavor that would likely take a while, so I put it off and put it off and put it off ...

But then I tacked it onto the end of my to-do's in my bullet journal, knowing that I wouldn't allow myself to simply delete it. Once I add something to my list, it usually stays there, being migrated from one day to the next until the shame of not doing whatever it is makes me finally stop procrastinating and get it done.

And after migrating the idea for approximately 84 thousand, 972 bajillion days, I did eventually sit down and make a list, from 1984 to 2017. For each year, I looked up the Billboard top 100, chose my favorite song from the singles listed, and added that song to a playlist I set up on YouTube.

I wasn't surprised to see that as it turns out, my taste in musical favorites is just as widely varied as my taste in most other things, but I did learn a little about the evolution (de-evolution?) of music through the years, as favorites were sometimes very difficult to choose when there were years I hardly liked anything on the list. Other years were harder because I liked everything on the list and struggled to choose just the right song. Either way, here's where the list ended up:

Want to listen to it yourself? You can connect to my playlist of favorites here - and if you're inspired to make your own, I'd love for you to tell me what's on it in the comments below!