By Brandi Kennedy - October 16, 2018
It's funny how life changes, isn't it? Sometimes it happens so slowly you barely notice your life leaving behind what it is now in favor of what it will be some distant day; other times the change washes over us so quickly our lives become almost unrecognizable, almost overnight.

For some of us, the balance of life is pretty stable - you're born, you grow up, you take or leave certain opportunities. You do your best to succeed in your own way, to leave some small mark on the world and the people around you. And hopefully, you reach the end of your lifetime with at least some small manner of satisfaction in a job well-done. For others, there is very little balance - life is an overwhelming swing of ups and downs, a shifting of the lands beneath your feet that happens so strongly and so frequently that after a while, you become just a little bit afraid to even try to stand.

You begin to believe, perhaps, that standing strong is simply not possible, that the shifts and changes of life are too strong a current to thrive in. You begin, perhaps, to switch mechanisms, to leave behind the hope of thriving in favor of surviving.

This is life with complex PTSD. 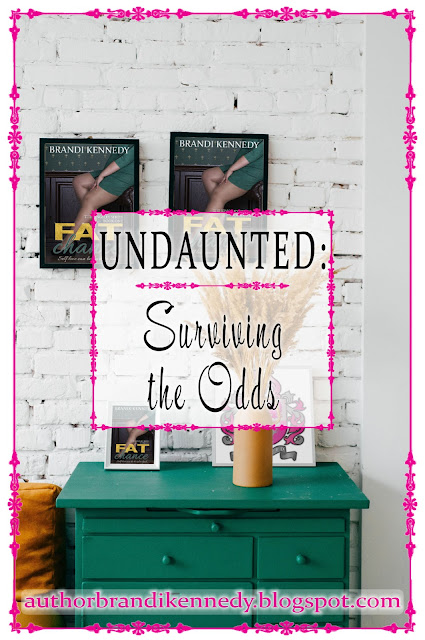 Mental health and wellness, personal development and empowerment, self love and compassion: some of my favorite topics to write about and speak on. Why? Because my life has given me innumerable opportunities to overcome adversity and do the impossible. From birth, I have faced and often conquered impossible odds, sometimes with help, other times simply by the strength of my God-given grit. Born with one of the most serious known forms of spina bifida, along with a chiari malformation and sheuermann's disease. Due to these defects, which I did not definitively know I had until recently, I am disabled. I have been for many years, but not only due to my spinal issues ...

Life has a way of building on itself - and just like with the way it tends to change, it tends to build in different ways for each of us, with the blocks of before forming the path blocks of the future are most likely to take.

And can you shift the path? Steer the curve? Drive the change?

Sure - but it'll be a hard, slow process. It will often be painful, and sometimes it'll be downright terrifying.

For me, adversity has been a challenge to overcome since birth - and my life in the years since has been a lengthy argument against the idea of impossibility.

HEALTH
The 1970's and 80's have been called the "dark ages" of spina bifida treatment, due to a major disagreement in the medical community over quality of life in babies born with spina bifida who were fortunate enough to be born alive, and also survive death by meningitis, kidney disease, or hydrocephalus. Babies like me were widely neglected in the medical community because it was believed that treating them and keeping them alive was more cruel than letting them go.

It didn't help that no one ever mentioned spina bifida to me until I was in my 20s, by which time I was already living with considerable damage. I don't know if my parents actively decided against telling me, if they maybe thought it wasn't necessary, if they were perhaps told (as many parents were in those days) that correcting the original spinal lesion meant I would be "healed," or if they were simply in denial after having dealt with my brother's considerable health issues, worked to muster up the courage to have a second child, and then ended up with me. I don't know.

But I was treated as an infant, my lipoma mostly excised and my spinal lesion "repaired" when I was a toddler, and I am still alive - part of only the 1st or 2nd generation of babies born with spina bifida to actually survive into adulthood. I am disabled, but I am a survivor.

I believe my parents probably didn't know that spina bifida is not "cured" with surgery. I believe they didn't know it would progress, that it would need lifelong attention. At least not until I was in school, where the return of unpleasant neurological symptoms aligned all too well with traumatic experiences relating to my parents' second marriages. Eventually, I was seen as a problem child because of the complicated neurological effects of multiple untreated, unmonitored spinal defects. I was often teased or even punished at home for things outside my control, and I was bullied mercilessly at school for the way my health impacted me outwardly. I often struggled in classes because of the ways everything I lived with impacted me mentally. Looking back, I can clearly see the impact of complex PTSD beginning in my late teens and early 20s.

And yet, thus far, I have survived.

I have limited mobility, chronic pain, I can't even cough or sneeze without triggering such severe headaches that it makes my vision swim, and I have multiple musculoskeletal deformities. I have panic attacks, anxiety attacks, flashbacks, hypervigilance, brain fog, and I struggle desperately with depression.

But I have survived.

DOMESTIC VIOLENCE
My parents divorced when I was very young, and while I don't remember those years very clearly, I do vividly remember certain moments from the years after, moments that exist to me only in flashes of memory as short as photographs and as overexposed as a bad polaroid. Many of my memories can only be put in order by using tiny clues embedded in those moments - sometimes I'm not sure I've got the order right even then.

Both of my parents are strong-willed, volatile people with unstoppable force, unshakable pride, and undeniable resilience. But as suffering young humans having lost their marriage, faced with co-parenting medically challenging children despite their various resentments, they both ended up in abusive second marriages - marriages which have scarred each member of our family individually, and torn rips in the fabric of our bonds that will likely never heal.

Before I even made it to middle school, I had spent a year in a children's home, because there was nowhere safe for me to be and the circumstances I was dealing with had taken enough of a toll to have effected not only my physical health, but also my mental and behavioral health.

Throughout my teen years and the years of my adulthood, I have become a victim of abusive relationships more times than I'd like to count, not because I crave the "drama" that was so normalized during my childhood, but because the "red flags" embedded in the human subconscious are so desensitized in people with upbringings like mine.

The problem with normalizing systemic dysfunction is that it ensures the continuation of dysfunction. You can't fix a problem you won't own up to.

Perhaps my willingness to own my story is why I've survived so much of it.

STILL A SURVIVOR
Like most people, during my lifetime, I been abandoned, rejected, and put down. Often (like with most people), this was behavior I accepted from people I should have been able to trust to lift me up, people who should have been in place to empower and encourage me. Family members more concerned with the appearance of my surgical scar than with the possibility that I would never be able to walk. People who teased and mocked me when my emotional and neurological health began to take a toll on my urological health. Relatives who should have protected me, friends who should have believed in me.

I am disabled but not dead. I need help with certain things, but I give my effort to not being helpless. I have pushed because I had to, kept moving because quitting wasn't an option, and struggled because I have known nothing else.

I have a good heart and a love for the suffering, I am a loyal friend and can be a fierce advocate. I am a strong writer, a terrified but willing speaker. I am generous with what I own, what I know, and what I can offer. I want to leave a mark that makes this world a better place, inspire a generation of survivors, empower those battling impossible odds, and coach the hurting who are still struggling to drag themselves out of the pit.

Because I am a survivor, and it is the survivors who stand strong to give strength to the suffering who are truly the faces of the Undaunted.