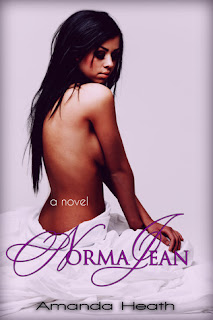 The night Chance Duncan drunkenly kissed me on his couch, I vowed my revenge. I finally had something over his head, something that would bring him to his knees. It only served him right. He bullied me for years and turned me into this messed up person I am now.

Though I didn't know at the time he wasn't that mean little boy anymore. He was almost a man and easily stole my breath away. I just wanted to make him fall in love with me, then break his heart into a million pieces. Just the way mine was. Instead he put the pieces back together and I started to feel whole again.

Good things never last. He did what I was supposed to do. Broke my already fragile heart all over again. Betrayed and alone I fled my home town and started a new life where I wasn't in the shadow of what I did.

Now he is back and trying to worm his way into my heart, again. Though he will never know it will always belong to him. He hurt me and I want nothing to do with him. Life has other plans. Doesn't it always?

He doesn’t know though. Doesn’t know what I’m hiding or who I’m hiding from. I never thought I would see Chance again and I’m afraid that he’ll get hurt getting mixed up in my mess. Though he is right in the middle of it, without even knowing it. I have to find a way for us to get out, before somebody dies.

My name is Norma Jean and this isn't a fairytale.


My Review of the Book:

Norma Jean is an angsty teenager with a personal history of pain. She suffered from horrific acne in her younger years and at the hands of a guy named Chance, she suffered some serious emotional scarring. Obviously, Norma and Chance don't get along well - but throughout the book, you watch Norma and Chance grow closer to each other, eventually beginning to date and maybe even fall in love ... but is it all a sham?

Norma has set her heart on revenge, but will her plan backfire? She gets her way, and Chance falls in love with her. Which would be great if she hadn't fallen in love with him too - if her plan hadn't blown up in her face.

There's a lot going on in this book, with tons of supporting characters (some have said too many), each with their own personal backstory. As a writer myself, I can't imagine how Ms. Heath manages all these characters without getting them confused!

Still, if you can keep your focus on the main characters, this is definitely a story with a lot of meat to it. This book touches on bullying, domestic violence, and rape. For those of you who need even more than that, there's also a touch of suspense - in the form of an unexpected psycho who tosses the story into chaos and forces Norma to stand on her own, facing the difficulties from her past, the horror in her present, and the fear that she may have messed up her future.

This book has a lot of drama and there's an absolute ton going on - but as I said before, if you can keep your focus on the main characters and the sugary-sweet romantic lines sprinkled throughout the story, you'll find a decent few hours between the covers of Norma Jean.


A Message From Amanda:

I love that Ms. Heath takes the time in her Acknowledgements to thank her readers, whether they are lasting fans or not. She says,

"I can't thank y'all enough for buying this book and reading. Whether you enjoy it or not. You took a chance on me and I'm so honored that you did."

Isn't that sweet? Doesn't it make you just wanna follow her all over the web and be her biggest new fan? If it does, you're in luck. She's on: