It's hard to imagine that the 20-inch, 8-lb infant daughter I once held so lovingly is now a 5-foot, three-inch, 120-pound young woman. She's tough and guarded, but she's got a soft side, too. She likes music and dance and art, and she even writes her own songs as a way to express her feelings. Funny how her middle name means "poet," and she grew up to be one. She loves her dog, and her baby sister. She loves to watch TV, she loves to play board games. But once upon a time, she was my baby,  unspeakably tiny little bundle with big blue eyes and a rosebud mouth.

From my journal, Tuesday May 30, 2006:
I used to write letters to my daughter. I would tell her how precious she is to me, how pretty she's getting. I'd tell her what her newest word was, what she'd been doing.

Now, my daughter is two and a half years old. She is three feet tall, and very petite. She's thin except for round cheeks that lift and perk with her smiles. She has a beautiful face with a pouting cupid's bow mouth and enormous blue eyes that are slightly slanted and thickly lashed.

She takes her panties all the way off when she goes to the potty, and because she is the one who puts them back on, they are often backwards and inside out. As a result, she wanders the apartment with the panties' tag hanging out beneath her navel, which is both innie and outie because they cut her umbilical too short. She always has at least one butt cheek hanging out, and an offer to help her fix it will offend her without fail.

She wears her favorite shoes all day, whether we leave the house that day or not, and her purple sunglasses are forever perched on the top of her blonde head. Her hair has never been cut or trimmed and it is thick but still baby fine and soft. It now reached almost to the middle of her back and she is super-proud of it. She turns willingly to have it brushed and then turns her back to everyone in the room saying, "See? Pretty!"

Her voice is high-pitched and sing-son like a sweet childhood melody and her giggles erupt from deep in her belly. They also are high-pitched and they frequently remind me of bird-song in the early mornings of spring.

Her back is smooth and straight; her stomach is already flat and somewhat chiseled. Her smile is quick, and open, and easy. Her moods are open, unhidden, and widely varied. Her favorite mood is unbridled joy, and her motto is, "Ah one dut," which means, "I want to do it!"

She is playful and my favorite thing to do is sit quietly in a corner and proudly observe what I have taught her. She can count to three but her phone number has been "six-six-five" for months now. She gently cradles her baby while she holds the phone so that "Baby" can talk, too. She loves to color and play dress-up; she's already learning to ride a real bike.

She is chatty and her vocabulary is large and varied, including words like "probably," "medicine," "poison," and "careful." She has learned her manners and she uses them; "please," "thanks," and "'cuse me." She is already using three to four word sentences on a regular basis, and her speech is getting clear enough that I rarely have to translate for her anymore.

My daughter loves pretending to read already and had a full shelf of books that she pages through on a daily basis. She caries a purse and tucks her baby in for the night. She cleans up after herself and loves to build her mommy a "big house" with her blocks. When we sit together to pray, the mention of the sacred name of Jesus is all it takes to have her bowing her head with eyes closed and hands folded.

From her pull-ups (for sleeping) to her bedroom theme, everything is all princess in our house ... just like my daughter.


Also from my journal, Saturday April 14, 2007:
Now my little one is a lot less little. She has figured out (mostly) how to get her panties on right, and if they aren't, she can now fix them herself. We have seen the end of the bellybutton/panties-tag era.

She is now something I never thought she could be ... even more opinionated! And even more beautiful. I love the way she stands up for herself now, no longer afraid to say things like, "Well, that ain't FAIR!" I can't help but be proud of her new ability to stand up for herself, to let people know when she thinks they are wrong, and that she won't stand quietly by when she or someone she loves is being mistreated.

She still cleans up after herself, and has had the potty thing down for a while now. She's probably still the same size she was a year ago, maybe slightly bigger, but she seems so much bigger now ... maybe it's just her presence that's bigger - it certainly isn't her body. My precious daughter is still about three feet tall, at just over three years old, and is still hovering around 30 pounds. She still has the same big blue eyes.

The face that was once hers had changed now; it has grown up with her and now shows a bit of her maturity. The chubby cheeks have almost given way, leaving behind a tiny little button nose and the same little mouth, sporting its little cupid's bow. The eyes are more expressive now, more mature. There is intelligence shining out of them always, and curiosity, and understanding. She still has the long hair, though she has now had her first trim. She's still so proud of her hair, and the best way to get her still to have it washed or brushed is for me to throw my hands up and say, "Well, then, let's just cut it off."

Next week, she'll almost officially be a "preschooler."

She's learned to bathe herself, almost learned to brush her own teeth, and can just about dress herself. She still has that sing-song voice, always so cheerful and perky, and her chirpy little-girl giggle are pure magic. She loves to play Mommy to anyone who will allow it; she loves dress-up and make-up.

She is a little artist in the making, and loves to color all day long! She is a story-teller, a song-writer, a care-taker, fiercely loyal to those she loves.

She's more chatty now than before, and her vocabulary has grown exponentially. Sometimes this is good, as she has learned new words to be proud of, such as "asinine" and "example" - sometimes it's something to be ashamed of, since her vocabulary also includes words like "shithead" ... but whose doesn't? 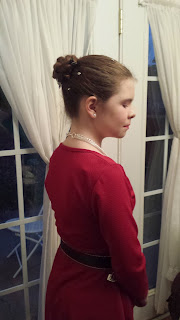 It's funny how so many things about her have changed now. She's no longer blonde, and her blue eyes have gone green (just like one of mine). She doesn't read as much, and she doesn't play with baby dolls much anymore. She doesn't say "shithead" - at least, not when I'm listening. But so many things have not changed, too - from her inner sense of independence to her eternal curiosity, to her spitfire temper and the way she always has something to say. She's still a fashionista, and sometimes she's still wildly proud of her gorgeous mane of thick curls.

This girl is growing up, finding her own way, becoming her own person - and she's doing it in a world so much different than the one I grew up in. She's navigating different waters, and she's doing it (mostly) with grace. She's a magnet for troubled kids, because beneath her crunchy-candy protective shell, she's got a soft heart that still bleeds for the sick, the sad, and the lost - and my heart? Well, it bleeds too - with pride.

She's a teenager now, just a hair taller than me, with strong legs and and an even stronger spirit. But she's still my firstborn - still the same unimaginably and indescribably incredible person she always had the potential to become. Still very much her mommy's little princess.

Just ... don't tell her that - because as she enters her teen years with lightning quickness and sizable enthusiasm, she already fancies herself a queen. 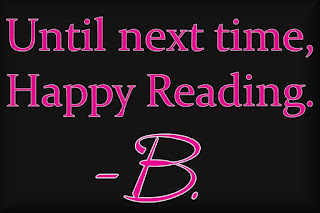